Teenage boys. They sulk. They won’t let you hug them. They stink. And they eat SERIOUS quantities of food. Here’s last night dinner. It’s for three people, because Ian doesn’t like chili, so I heated up something else for him. 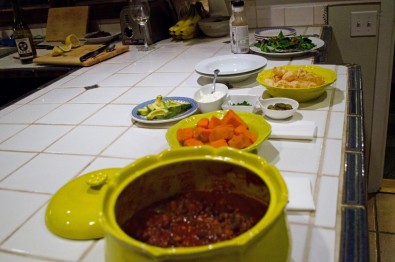 Jonah piled up his plate. 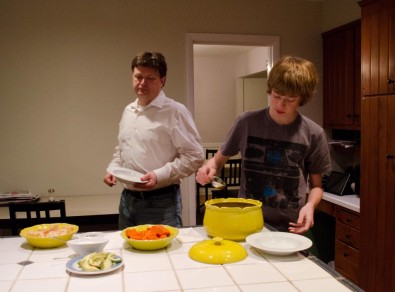 He ate directly from the serving bowl. 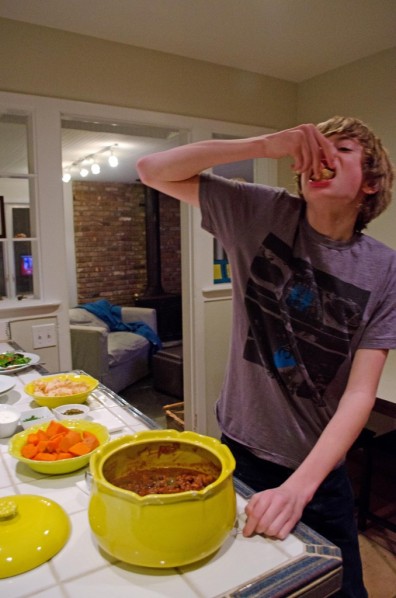 He wiped out everything. And this was his second dinner. He had warmed up a frozen burrito for himself an hour earlier.

He’s so cute with his new contacts.