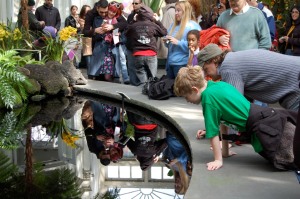 We went to "Casino Night," a PTA fund-raiser for Ian's school, for Friday night. We paid $100 per ticket. It was a formal event at a local country club. There were blackjack tables and poker and an impressive game with dice. Waiters sliced lamb under red lamps, and the free booze flowed freely. I didn't really need all that stuff. I would have just written out a check for whatever the school asked for, since his program is rather amazing. But it was nice to have a date night with my husband, so I didn't complain.

At the end of the evening, they must have thrown out an entire dumpster full of food. Sinful.

To get a night out alone involved a lot of prior planning. Jonah had a sleepover party at his buddy John's house that night. Ian has been crying every time that Jonah gets a playdate at John's house, because he never gets play dates on his own. If he saw me drop off Jonah with a sleeping bag, there would have been a monsoon of tears.

So, I arranged for my mother to pick him up before Jonah's party. When mom's gold hybrid pulled up, Ian balked at going into the car without his brother, so Jonah told Ian that he had to stay home to do homework. That seemed to work.  My mom took him to play with his cousin, Julia, and then back to her house to sleep over. We weren't sure if he would agree to sleep there without Jonah, so contingency plans were set in place. I called three times from the Casino Night to make sure that all was well. In the past, Ian and my mom have had issues, back when she thought that he wasn't talking, because he was just being naughty.

Everything went like clockwork. He had a great time, and he and my folks bonded. No tears or tantrums. I've been braced for the worst for so long that it is hard to relax. When so many things go wrong, I've found that it's better to expect the worse than to get the unexpected sucker punch to the gut.

On Saturday morning, we picked up an exhausted Jonah who seemed to have a good time. He was annoyed that the other boys played their DSes for long periods of time. Mental note — make a no DS rule when Jonah has his sleepover party in June.

After we gathered the exhausted boys, we went to the Bronx Botanical Gardens for the annual orchid show. The boys don't mind the Gardens, because there's a nice cafeteria and lots of paths for running. But the orchid show was indoors and it involved delicate flowers and crowds. There was bound to be grouchy old people. Despite all that, they did okay. I told Jonah that we would pretend to be Neville for the day. He liked that.

The exhibit was crowded and slow moving, which would have been a disaster for Ian in the past. He doesn't have much of an interest in flowers, though not many six year old boys do. Still, he did fine. Steve stayed with him as he sped through the rooms, and I shadowed Jonah as he gazed for ten minutes at the carnivorous plants. Steve and I could have spent hours in there reading every sign, but seeing the exhibit at a rapid pace better than sitting at home.

At the end of the Orchid Show, we knew we had exhausted our good will with the kids and knew better than to push our luck with the gift shop. (Wah!) Ian insisted that we follow his path back to the car. After two prior visits, he has memorized the paths through the park.

I think we have gotten rather good at taking the kids to see what we want to see, just at a much faster pace than we would like. We sometimes have to cave into Ian's demands that events happen in a particular order, but not if it disrupts our lives too much. When we order movies from Netflix, one movie is for us and the other is for the boys. We go to restaurants that have chicken nuggets on the menu. The kids aren't allowed to watch Cartoon Network, until I watch half an hour of the morning news shows.

We had a really interesting discussion about breastfeeding last week. I'm with the Ancient Greeks on this one. Happiness lies in the mean. In the average between the extremes.

I would have liked more time to at the Garden to practice taking pictures, but here's a sample: 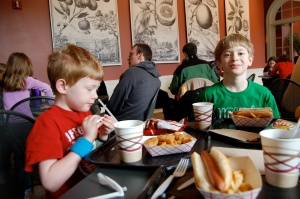 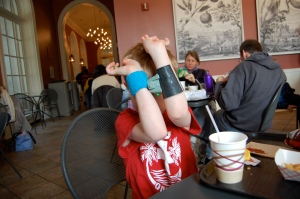 Ian is really into his wristbands. 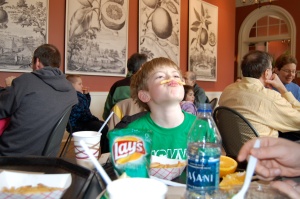 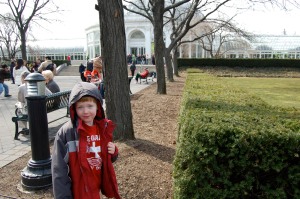 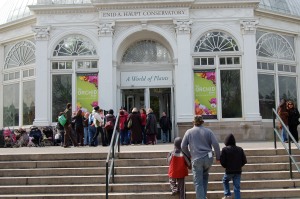 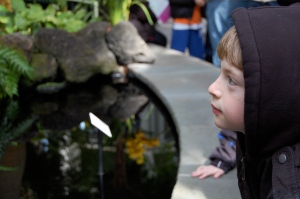 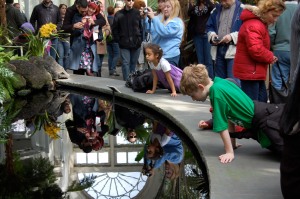 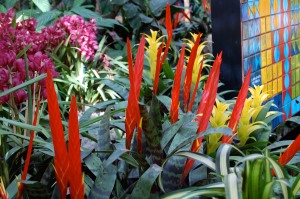 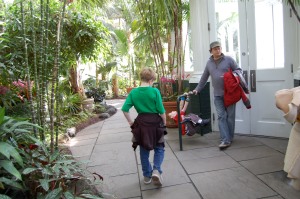