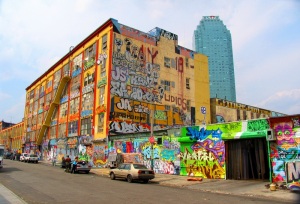 In the past couple of days, I have added two books to my Amazon list. The Times points to a sociology book that looks at graffiti in NYC, Graffiti Lives: Beyond the Tag in New Yorks Urban Underground. Fun.

Nicholas Kristof and Matt Yglesias were talking about a new education book by Claudia Golden and Laurence Katz, The Race between Education and Technology

. Kristof write that the authors "…offer a wealth of evidence to argue that America became the
world’s leading nation largely because of its emphasis on mass
education at a time when other countries educated only elites (often,
only male elites). They show that America’s educational edge
created prosperity and equality alike — but that this edge was eclipsed
in about the 1970s, and since then one country after another has
surpassed us in education."