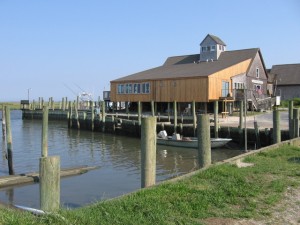 Almost as fun as going on vacation is planning the vacation. And that personal observation has actual scientific evidence.

In August, we'll drive to North Carolina the slow way. Instead of speeding down the highway, we'll meander down the coast of DelMarVa and check out fishing villages and crab cake shacks.  Steve's folks have retired to shores of North Carolina, so we go down there every other summer.

Since that trip is mostly figured out, I've been daydreaming about a vacation next spring. I would love to retrace the steps of Jefferson as he explored French vineyards, but I suspect that we'll probably be going to see the Wizarding World of Harry Potter in Orlando Studios next spring. That's not a terrible thing. We had a lovely time at Disney last year, and the New York Times gave Harry Potter World great reviews.

Got ashes by a guy in a white robe at a corner in Westwood. Come to think of it, he might not have been a Catholic priest. He might have been a random crazy dude. Does it still count?
On Tuesday morning in Vermont, it began to snow. A lot. But rather than heading straight home when we got into the car, Steve told me to plug in Hubbardton, Vermont into the GPS. He wanted to check out a grave of one of his ancestors. We spent hours on unplowed rural roads to get to this cemetery. The cemetery was a small postage stamp off a field and up a hill with half foot of snow. I thought I was going to die several times, no joke. Old Samuel Churchill, Steve's several greats grandfather, and his wife, Thankful, had a revolutionary battle fought in their front yard. They survived the battle, but the Indians and Tories burnt down their house and imprisoned the men at Fort Ticonderoga until they escaped. But those hardy folks, who were proud descendants of the second ship after the Mayflower, were too mean to die off. They were fruitful and multiplied and gave me my husband, so I am rather grateful. . Normally a six hour drive from Jersey to Stowe, we spent the whole day in the car. But we met an old relative, learned a new story, and drove through the most beautiful country side. I've been Zillowing the hell out of those towns looking for a fantasy vacation cabin.
Blue eyes. No filter.
Skiing is fine, but so is a long hike on flat land. Just sayin’
Achievement unlocked. Went skiing for the first time in 25 years and did not die. Seriously, that was my goal for the day — not dying. Yay me! It’s cold as f@ck up here. -9 degrees yesterday. But having lots of fun. Now, we’re moving onto the microbrew and pizza part of the day.
Since the #theirishman is up for an Oscar, let me share this family picture of Jimmy Hoffa. My grandfather, the guy by the candles, was a maitre d at the Waldorf Astoria. Hoffa is the guy with the big smile and the smoke.

Counters and All That Nonsense