"So, redheads could be extinct within one hundred
years. With no survival advantage to gingerism, it has been suggested
that the gene may die out. Is that really the kind of evolutionary
progress we want to see? Photographer Jenny Wicks has documented the increasingly elusive breed in a series called Root Ginger…"

I came across this photo series via Andrew Sullivan. Sullivan also embedded this South Park episode. 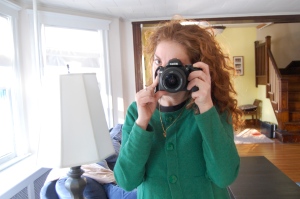