Horrific events in India yesterday. (And, look, there's already a wikipedia page.) E-mails were exchanged with family members and friends who stayed in that beautiful hotel in the past. Man's inhumanity to man.

We talked about it all over turkey with my folks yesterday. We all agreed that it was strange that we hoped that it was an Al Qaeda attack and not Pakistani militants. Better a terrorist attack than a war between India and Pakistan.

We talked about if these events happened now, because we are in transition time. Is the world more vulnerable as power shifts from Bush to Obama. Should we have a shorter transition time? Do we have two presidents right now or zero?

We also talked about how good my mom's turkey was, how Ian ate his body weight in mashed potatoes, how every meal should have three starches, and how fortunate that we were all together yesterday.

Then my folks made me watch FOX News for a while. Gotta love the way that the right is now framing the Bush presidency. They are describing him as the great martyred president who stood by his beliefs and kept the nation safe, despite overwhelming public opinion. That's a man.

Already heading off to DC for our last minute trip. I still have to find the cell phone charger and hit the post office. 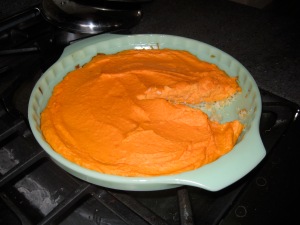 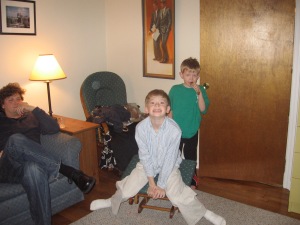